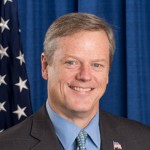 Signing his eighth and final budget as the state’s chief executive, Gov. Charlie Baker on Thursday agreed to a major increase in state spending as he approved the vast majority of a $52.7 billion annual budget, vetoed less than half a million dollars of outlays, and returned 41 sections to the Legislature with proposed amendments…. [Read More]