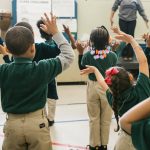 School districts that predominantly serve students of color received $23 billion less in funding than mostly white school districts in the United States in 2016, despite serving the same number of students, a new report found. The report, released this week by the nonprofit EdBuild, put a dollar amount on the problem of school segregation, which… [Read More]