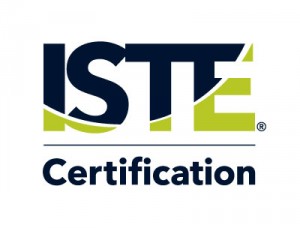 Today, after a key vote, it’s official: Two giants in the education space will join forces, creating a professional development powerhouse for their educator members.

The International Society for Technology in Education (ISTE) and the Association for Supervision and Curriculum Development (ASCD) will merge, beginning in January, a move that leaders hope will help to speed up the pace and smooth the process of innovation in education.

The two nonprofit associations serve different constituencies and are noticeably different in size. ASCD primarily serves school and district leaders and boasts 80,000 members. ISTE, meanwhile, serves educators interested in tech and innovation, as well as edtech leaders, and has around 23,000 members. ISTE is best known for hosting an annual edtech conference that, before the pandemic, drew more than 20,000 attendees (and this year drew 16,000 between online and in person settings).

The merger will legally formalize in January, with ISTE’s current CEO, Richard Culatta, slated to lead the new joint organization. Culatta said that a new legal entity will be created in the merger, serving as an umbrella for ISTE and ASCD while also allowing them to retain their separate identities and brands.

Staff reductions are not expected as a result of the merger, officials said.

Leaders have not settled on a name for the combined organization, though they said they expect to announce one in the coming months.

The boards of ISTE and ASCD both voted to pursue the merger back in August. But the bylaws of ASCD required a 45-day period for its members to consider the change to the organization. The formal vote happened at an ASCD member meeting on Monday, Nov. 14 at its offices in Arlington, Virginia, though the votes had mostly been sent in advance by proxy online. Officials said more than 200 votes were cast, with 94 percent in favor of the union.

Does the joining of an edtech association with one of the industry’s oldest professional development organizations signal that technology in education is now mainstream?

“I think it is a reaction to the reality that edtech has become an infused part of all learning,” argued Culatta, nodding to the fact that many schools and districts got where they are by necessity, when the COVID-19 pandemic began almost three years ago.

“Unfortunately, what has not come along with that is the thoughtful discipline and strategy for using [tech] in ways that improve learner engagement, close equity gaps and improve inclusivity,” he adds. His pitch is that the merger will forge better collaboration around teaching and technology.