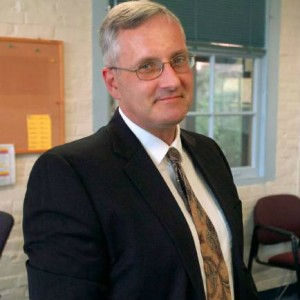 NORTHAMPTON — The School Committee is “entertaining applications for an interim superintendent for the Northampton Public Schools,” vice chair Gwen Agna said during a special meeting held virtually on Tuesday night.

The committee drafted a job posting to fill the interim role upon the departure of Superintendent John Provost, who will start as superintendent of the Hampden-Wilbraham Regional School District on July 1. Human resources will post the job and applications are due by June 27.

Agna, former principal of Jackson Street School, said she worked under 11 superintendents, including three interims, and the selection of a temporary district leader is usually “a quick process.”

“I think it’s a pretty straightforward process and it gives the district a chance to take a breath, pause,” and consider the qualities that are most desirable in a permanent superintendent, Agna said.

While reviewing internal candidates for the interim position, “I’m concerned about taking current administrators out of” their roles, Ward 5 member Dina Levi said.

Levi added that it is “hugely important” to “infuse DEI language throughout” the posting — referring to diversity, equity and inclusion. She suggested including a sentence near the top to make it clear that candidates should demonstrate the ways “in which they contribute to and will work towards supporting a broadly diverse community.”

Provost said “you do need someone with Massachusetts licensure” that qualifies them to serve as a superintendent or assistant superintendent, but out-of-state candidates may be able to use their equivalent licenses.

Many other districts are looking for superintendents right now, Provost said, including interims, and there is likely to be a competitive hiring market. He added that “many” retired superintendents still live in the city and might be interested.