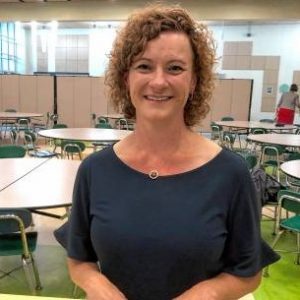 Despite the return to in-person learning this school year, education and health professionals say students are still dealing with the impact of the COVID-19 pandemic.

“I think the hope was this school year would be ‘normal,’ and it’s not,” said Greenfield School Department Superintendent Christine DeBarge. “We’re dealing with the outcome of all of the things that students and staff experienced the last year and a half — illness itself, fear of illness, the trauma of having everything closed, potential death in immediate or extended families. … Just because school opened doesn’t mean all of those feelings just evaporated.”

The 2018 to 2019 school year marked the last “normal” school year for students since the pandemic forced the closure of schools and eventual pivot to hybrid or remote learning — a reality that professionals locally and nationwide say has greatly impacted the social and emotional well-being of students, despite the return to full-time in-person learning this fall.

“A kid who was in kindergarten that year had a normal school year,” said Meg Burch, nurse leader for the Frontier Regional and Union 38 school districts. “First grade was interrupted; second grade, in our district, they would have been in a hybrid model and in other districts, remote. That kindergartner is now a third-grader. What are we asking a third-grader to do, who didn’t have kindergarten?”

Burch recalled a conversation she’d had with a local teacher who said that, in a typical year, there may be a handful of students who struggle to adapt to the classroom routine and other expectations of being a student. This year, all of her students seemed to struggle.