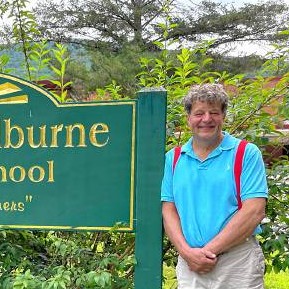 When students at Buckland-Shelburne Elementary School arrived for the start of the academic year this month, a new face was there to greet them.

New Vice Principal Joseph Moynihan took over for Hayley Gilmore, who was promoted to principal following the retirement of Joanne Giguere. Moynihan, a U.S. Navy veteran and Westfield resident, joined the Mohawk Trail Regional School District on July 1 with 22 years of teaching experience and a lifelong commitment to education.

According to the release, Moynihan began his career in college admissions, helping to guide students along their path in higher education. While he enjoyed the work, he felt a strong pull to go back to school himself. After six years working in admissions, he decided to pursue his degree in elementary education and spent the next 22 years working as an educator at William E. Norris School in Southampton.

“I knew right away where I wanted to be,” Moynihan said in the release. “Life is precious and every day is so important. I felt it was my duty — it was my job — to help others feel good about themselves.”

Later in his career, Moynihan decided to pursue his administrator’s license, which he received through the Collaborative for Educational Services in 2020