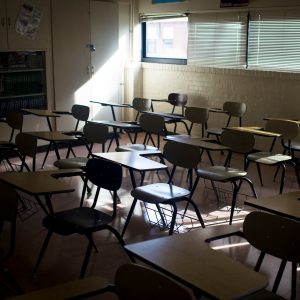 How much did the pandemic affect students?

The latest research is out, and the answer is clear: dramatically.

In math and reading, students are behind where they would be after a normal year, with the most vulnerable students showing the steepest drops, according to two new reports from the consulting firm McKinsey & Company and the NWEA, a nonprofit organization that provides academic assessments.

The students did not just stall early on; the setbacks accumulated over time — and continued even after many students had returned to the classroom this spring.

The reports echo the outcomes from Texas and Indiana, some of the first states to release test results from the past school year. Both states showed significant declines in reading and math.

The findings paint an alarming picture of an education system plagued by racial and socioeconomic inequities that have only gotten worse during the coronavirus pandemic. An educational gap became a gulf.

“It’s a bitter pill to swallow,” said Karyn Lewis, a senior researcher at the NWEA and the lead author of the organization’s report, which was released on Wednesday. “It just keeps you up at night.”

Asian and white students also underachieved compared with the performance of similar students in 2019, but the impact was less severe, at nine percentile points each.

The report used data from about 5.5 million public school students in third through eighth grade who took the NWEA’s tests during the 2020-21 school year, and compared their performance to similar students in 2019. The percentiles in the report ranked student achievement for both groups against national norms before the pandemic.

Perhaps even more troubling, the students who were most affected by the crisis were already behind their peers before the pandemic, and the added losses have pushed them further back.

In one stark example, third graders who attended a low-income school tested 17 percentile points lower in math this spring compared with similar students in 2019, moving the average performance of low-income third graders from the 39th to the 22nd percentile nationally. Scores for their peers in wealthier schools, who have historically performed in the 71st percentile, declined by just seven points, leaving them in the 64th percentile, well above the typical national average.

The losses did not just happen early on. In one surprising finding, NWEA researchers found that students made some gains in the fall, but that the pace of learning stalled more significantly from winter to spring, even after many schools had returned in person.

“We were all caught off guard by that,” said Dr. Lewis, who hypothesized that pandemic fatigue may have played a role.