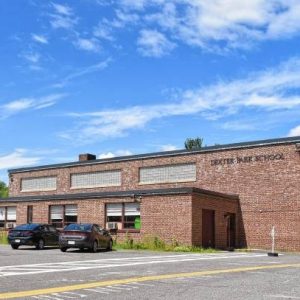 The Collaborative for Educational Services After School program has been awarded a five year grant of $200,000 per year to develop and run a new 21st Century Community Learning Center After School program for Dexter Park Elementary School within the Orange Public Schools. A highly competitive process, the Massachusetts Department of Elementary and Secondary Education received funding requests totaling more than $6.2M with only $3.2M in total available funds.

CES After School program director Chris Taggart noted that “the process involved surveying families and students on their needs and interest in a 21st CCLC After School program followed by an extensive needs assessment of the student body at Dexter Park Elementary School. The case put forward to DESE was compelling enough that we received the $200,000 a year award provided through a five year grant cycle.”  In addition to Taggart, the Dexter Park planning team included school principal Chris Dodge, Curriculum Director Marie Cole,Superintendent Elizabeth Zielinski, Deans of Students Kathryn Richards and Alicia Murphy and a myriad of classroom teachers from Dexter Park Elementary School

Taggart reports that “the CES After School department works with select Western MA School Districts who demonstrate a need for after school programs that will help improve their local and state testing scores but do not have the capacity to apply for the federal 21st CCLC funds nor the capacity to facilitate the multi-year project alone. That’s where CES After School fits in.  We do a majority of the work for the schools as the schools reap the benefits of having a high quality after school and summer program that operates within their school building.  Ultimately, the program ‘feels’ like their own!” The Dexter Park planning team plans to run a summer program starting in July and has begun the hiring process for the project. More information will be available about the school year program in August.