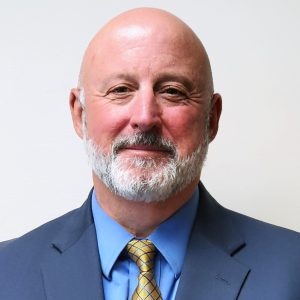 Todd H. Gazda, the new executive director for the Collaborative for Educational Services, got a somewhat late start in education, as he first worked as a contract attorney after earning a law degree in the mid 1990s.

But the Middlefield native later became a social studies and English teacher at Gateway Regional Middle School in Huntington and then the school’s principal; he also had a stint as the principal of Chester Elementary School.

Gazda, who today lives in West Hartford, Connecticut, moved on in 2012 to become the superintendent of Ludlow Public Schools. But he’s now returning to work in the Valley as executive director for the Collaborative for Educational Services (CES) in Northampton. He starts in the position July 1.

He’ll take the place of William Diehl, who retired from the director’s post in December after serving 10 years. The search for a new director went nationwide and ended up attracting 80 applicants, according to the CES Board of Directors.

Dan Hayes, chair of the board, said in a statement that Gazda brings “a variety of skill sets, experiences and a great deal of enthusiasm” to the new job.

In a recent phone phone call, Gazda, a 1988 graduate of Gateway Regional High School, said he’s excited to be returning to the region and to be joining the Collaborative for Educational Services, the nonprofit agency that provides a wide range of educational services to school districts, as well as to individual teachers, students, and families, in Hampshire and Franklin counties.

“This is a really exciting time in public education, a time of change, especially as we begin to emerge from the pandemic and assess where we are and where we want to go,” he said. “And the Collaborative is perfectly situated to play an important role in that.”