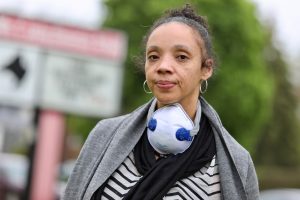 DETROIT — Principal Jacqueline Dungey was searching for one of her kindergartners.

She’d called every number she had for his family. She’d sent urgent notes to his parents. She’d reached out to a social worker who’d worked with his family in the past.

But more than a month after the coronavirus threat forced the New Paradigm Loving Academy in Detroit to move its classes online, the little boy, Legend, hadn’t been in touch with his teachers. His family had not shown up for the meals the school distributes on Tuesdays and Thursdays. No one seemed to know where he was.

Dungey was determined to find him.

“I just wanted to make sure he was safe,” she said.

Legend was among about a dozen Loving students who went missing in the weeks after COVID-19 began battering this community. Panic, sickness and death sent many Detroiters into financial and emotional turmoil, scattering some families from their homes, just as one of the safest places in a child’s life — school — was abruptly forced to close.

That’s meant educators like Dungey, who work in the hardest-hit parts of the country, have not only had to adapt to a radically new way of teaching. They’ve also had to become detectives.

Dungey and her staff have spent the last three months knocking on doors and scouring social media in search of students needing help. They’ve pestered students’ friends. They’ve searched for their relatives — all to make sure that some of the nation’s most vulnerable children don’t get lost in the middle of a global pandemic.

“I need to make sure my kids are getting the education they deserve,” she said.