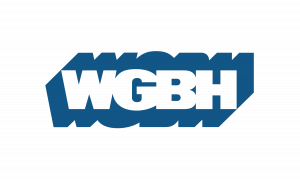 In partnership with WGBH, Governor Charlie Baker will deliver a commencement address to the Class of 2020 as part of a celebration for graduating seniors from 668 public and private schools across the Commonwealth, to be aired in a special broadcast at 7:30 p.m. on Tuesday, June 9.

Massachusetts Commencement 2020 will feature congratulatory remarks from Jason and Devin McCourty of the New England Patriots, members of the Red Sox and the Boston Celtics, and a number of celebrities with Massachusetts ties, including singer Rachel Platten, actor Steve Carell and more. In a special premiere performance, members of the legendary Boston Pops Orchestra, with Keith Lockhart conducting, will provide the traditional graduation march ‘Pomp and Circumstance’ for the ceremony. Students from around the Commonwealth will give valedictorian-type speeches to their classmates.

WGBH will broadcast the program, Massachusetts Commencement 2020, across the Commonwealth, on WGBH 2 in Greater Boston, and on its partner station WGBY/New England Public Media in western Massachusetts. Both stations will stream the program on their website and social media platforms. WGBH also will make the program available to other television stations in Massachusetts, including community access channels.

“Graduation ceremonies are important milestones in a young person’s life that deserve to be celebrated,” said Governor Charlie Baker. “While we cannot gather in the traditional way, we want to recognize, celebrate and salute Massachusetts’ Class of 2020 for their accomplishments and their resiliency during these difficult times. We are very thankful to WGBH for working with us to help us do that.”