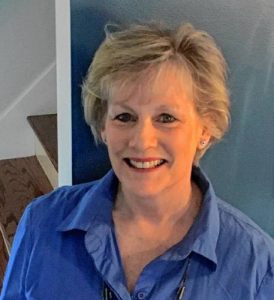 SOUTH DEERFIELD — A first-grade teacher and a math educator have been named the Frontier Regional and Union 38 school districts’ winners of the 2020 Excellence in Teaching Awards.

Suzanne Wells, at Sunderland Elementary School, and Steven Blinder, at Frontier Regional School, will be honored at a banquet at The Log Cabin in Holyoke on April 30.

Winners — one winner is selected for up to 1,000 students in a school district — also receive gifts, including membership at WGBY Springfield and three-month memberships at the Springfield Jewish Community Center, the Springfield YMCA and five regional YMCAs. The Excellence in Teaching Awards program is made possible by the Harold Grinspoon Charitable Foundation, in partnership with the Irene E. & George A. Davis Foundation.

Wells recalls she was teaching her students a new song about fractions when Superintendent Darius Modestow walked into her classroom with a flower bouquet on Feb. 28 and told her she had won the Grinspoon award.

“I’m completely honored and very excited about it,” Wells said.

Blinder, 55, said he was working in a side room of the school library with a group of middle-schoolers on Feb. 28 when Modestow asked to speak with him in the atrium of the media center. Blinder said he did not know what to expect, but he was met by his math department colleagues and their students. Modestow told him he had won the award.

“I felt very honored. It’s always nice to get recognized by your peers,” he said. “I was very humbled by it.”