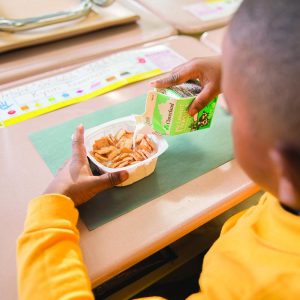 BOSTON (WWLP) – Several schools in the western part of the state already offer what is known as the Breakfast After the Bell program, which makes sure students aren’t hungry when they are trying to learn.

The Breakfast After the Bell bill passed the House before legislators went on their Christmas break. On Thursday, it was the Senate’s turn to debate the issue. Western Massachusetts lawmakers shared their support for the legislation by explaining just how great the program is already working in their districts.

“I’ve seen this program at work up in Greenfield, I’ve visited a Breakfast After the Bell site and I will tell you it is nothing but uplifting to see teachers and students starting the day with a community meal,” Senator Comerford said.

Breakfast After the Bell would mandate that the most important meal of the day is served in school districts where more than 60 percent of the students are eligible for free and reduced lunch.

The bill would allow schools to choose from different models like in-classroom, grab and go and cafeteria served.