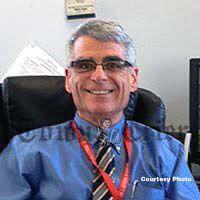 For 33 years, the American Association of School Administrators has recognized one superintendent in each of the 50 states who has displayed exceptional leadership in the areas of education, professional development and community involvement.

HOLLISTON – Lauded for his strong leadership skills and commitment to public education, Superintendent Bradford Jackson has been named the Massachusetts Superintendent of the Year for 2020 by the American Association of School Administrators (AASA).

“I come at it with some mixed emotions,” Jackson said in a phone interview Tuesday. “Obviously, I’m excited to get this type of acknowledgment, but at the same time recognize that superintendents don’t work alone and any personal success that I might achieve is the result of the work of many.”

Jackson has served as school superintendent in Holliston since 2004. He also serves as president of the Massachusetts Association of School Superintendents. Before coming to Holliston, Jackson was assistant superintendent of Northborough-Southborough Public Schools, according to the announcement describing his award.

For 33 years, the AASA has recognized one superintendent in each of the 50 states who has displayed exceptional leadership in the areas of education, professional development and community involvement.

In the announcement, AASA Executive Director Daniel Domenech said Jackson “personifies exemplary leadership on behalf of public education throughout his school district, his community and the state of Massachusetts.”

In the release, MASS Executive Director Tom Scott noted that Jackson was among the state’s “most senior and well-respected superintendents.”

“His long tenure in Holliston speaks to his leadership at the local level,” Scott said. “His eight years of service to M.A.S.S. beginning as the Tri-County representative on the Executive Committee and culminating in his current role of President of M.A.S.S. speaks to his commitment to serving students from across the Commonwealth. This is a well-deserved honor.”

Jackson said he thought of his 93-year-old mother, Charlene, when he learned he had won the award. She still lives in his hometown of Cohasset.

“I thought about how much my mother would appreciate it,” he said.

Jackson noted that his original plan was to stay in Holliston for just a few years and gain some experience as a superintendent. Ideally, he wanted to get a job closer to his current home in Wilmington, about a 75-minute commute to Holliston.

“I found out really quickly that Holliston was a real special community that values not only education, but values its reputation as a community that embraces innovation and marches to the beat of a different drummer,” Jackson said. “It was a match that worked out very well, and one I continue to be excited to be able to participate in.”

Jackson said he views the role of a superintendent as a steward working on behalf of teachers, students and other public school staff.

“I don’t spend any time in a classroom teaching,” he said. “It’s work that goes on every day in the school and classrooms that matter.”

Jackson will receive his award next month at the National Conference on Education in the San Diego Convention Center. He also plans to attend the National Superintendent of the Year Gala in Washington, D.C., in early November.

Jackson has also served as director of administration and finance in Wilmington, and as business administrator for Hudson and Litchfield (New Hampshire) Public Schools.

He holds a doctorate in educational leadership from Boston College’s Lynch School of Education and Human Development, according to the announcement.