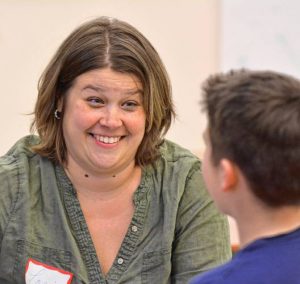 After more than a decade at the high school, Principal Bryan Lombardi left over the summer for another position. This fall, two candidates for the principal position emerged — Vaillancourt, interim principal of Northampton High School and previously an associate principal of the school, and Ted McCarthy, principal of Sutton High School.

“Both candidates were favorably received by faculty and staff, but support for Ms. Vaillancourt was stronger, with 89% of her feedback forms indicating a rating of very good or excellent. She was also the clear choice of the Administrative Leadership Team,” Provost wrote in a message to staff sent on Friday.

Vaillancourt, 43 of Easthampton, is in her fourth year at Northampton High School. Previously, she was an assistant principal at Holyoke High School and an English teacher in the Holyoke Public Schools.