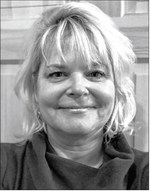 SOUTH HADLEY — Former high school principal Diana Bonneville will serve as interim superintendent throughout the remainder of the school year as the district navigates an abrupt leadership change and budget shortfall.

Earlier this month, the School Committee unanimously selected Bonneville as the district’s acting superintendent following the sudden retirement of former Superintendent Nicholas Young, who announced on Nov. 26 that he would leave the job on Dec. 2. Young will remain on the district’s payroll on unused vacation days through March 5.

Bonneville was appointed acting superintendent from Dec. 2 to Jan. 13 to carry out regular superintendent responsibilities while a longer-term interim was chosen. On Monday, the School Committee chose Bonneville to continue leading the school district in this interim role.

“She has stepped into this role at a very difficult time for this district,” Schlachter said, “both from a macro perspective of major budgetary concerns and a micro perspective of being in a situation to meet the individual needs of each school following a sudden change in leadership.”

The district is experiencing a $950,000 shortfall this year. Voters appropriated $66,438 at a November special Town Meeting to partially mitigate the shortfall. Young had previously said he expected the budget gap to worsen in the future.