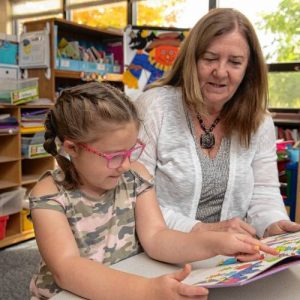 WESTHAMPTON — Westhampton Elementary School may only have 125 students, with one class each for pre-K through sixth grade, but it’s clearly punching above its academic weight.

“We get to be an example,” said Westhampton Principal Deane Bates.

Westhampton was named a School of Recognition in 2018 for exceeding MCAS targets, high growth and high achievement by the Massachusetts Department of Education. This was the third time it earned this distinction.

A school is designated as a National Blue Ribbon School either through exemplary academic performance or progress closing achievement gaps between a school’s student subgroups and all of its students. Westhampton earned the designation this year through the performance pathway.

Westhampton Elementary School is among 362 schools designated as National Blue Ribbon Schools this year, and the only school so designated in Hampshire County. In total, six such schools from Massachusetts were chosen.