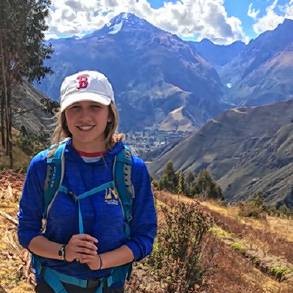 NORTHAMPTON — On Friday, many students will skip school for a trip to Boston — but it’s not for fun.

The students, along with many adults, will attend the youth-led Boston Climate Strike to demand action on climate change. The strike includes a rally at City Hall plaza and a march to the State House. Similar events are planned all around the world for Friday.

Jordan Winsor, co-coordinator of Sunrise Movement Northampton, estimates there will be 500 people from western Massachusetts, most of them young, making the trek to the state capital.

The event was inspired by Greta Thunberg, a Swedish teenager who started skipping class every Friday to protest her country’s lack of action on climate change outside its parliament. The movement, #FridaysForFuture, inspired others and spread.

For those who can’t make it to Boston, there is a march in Northampton from Sheldon Field to City Hall on Friday at 4:30 p.m. The event, organized by activist groups including Climate Action Now Western Massachusetts and Indivisible Northampton will include speakers such as state Rep. Lindsay Sabadosa, D-Northampton.

Students from all over Hampshire County are planning to go to the Boston Climate Strike and are urging their peers to go with them. The Gazette asked some of the young strikers about why they are going.