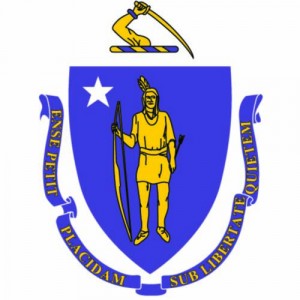 At first glance, the state’s much delayed fiscal 2020 budget — more appropriately a $43.1 billion spending blueprint for the next 12 months — appears to have been a win for the more conservative House membership.

Both branches passed the bill on Monday with only one dissenting vote, thus making it virtually veto proof as it goes to Gov. Charlie Baker’s desk for review.

House leadership prevailed on most high-profile issues, neutralizing the more aggressive approaches favored by the Senate and governor.

The budget includes some tempered language aimed at curbing the cost of the most expensive prescription drugs in the state’s $16 billion Medicaid program.

But the final language closely resembles the House iteration that passed after intense lobbying by the life sciences and biopharmaceutical industries.

The Legislature opted to tip-toe around the obvious clout this industry commands. According to the Massachusetts Biotechnology Council’s 2018 Biopharma Economic Impact report, Biopharma accounts for nearly 70,000 employees in the Bay State, which translates into nearly $10.5 billion in wages.

In another high-profile matter, House and Senate leaders didn’t include new taxes on opioid manufacturers, e-cigarettes or vaping products in this spending bill. Those initiatives were originally proposed by the governor and backed by both the Senate and Attorney General Maura Healey.

However, the Senate did score a dramatic and potentially landmark victory with funding to public education.

The budget plows nearly $270 million more into school spending, pushing total Chapter 70 aid to nearly $5.18 billion. It’s the same amount the Senate had passed in May in what officials then called the largest one-year hike in the last two decades.

A commission that reviewed the school funding formula in 2015 concluded it underfunds public education by at least $1 billion a year by not adequately accounting for costs of employee health care, special education, and the additional needs of low-income students and English language learners.

A sizable chunk of that additional $270 million should find its way to Gateway City school systems like Lowell and Fitchburg, which have been shortchanged by the current formula.

But the extra funding serves as only a down payment. A legislative committee tasked with generating an updated school-funding process must find common ground between competing House and Senate proposals.