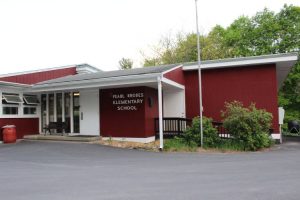 Warwick Community School, which the committee has also been thinking about closing, gets another year, for now.

“Ladies and gentlemen, thank you,” said Warwick Selectboard Chairman Doc Pruyne, on his way out of the room after the vote.

For the most part committee members agreed that it would make the best sense financially to close both schools. But the quality of Warwick’s building and its reputation for attracting out-of-town students were seen as assets that could improve with time.