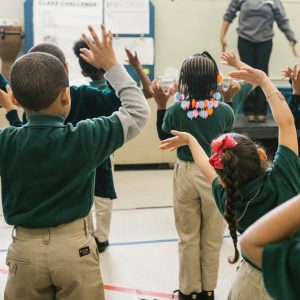 School districts that predominantly serve students of color received $23 billion less in funding than mostly white school districts in the United States in 2016, despite serving the same number of students, a new report found.

The report, released this week by the nonprofit EdBuild, put a dollar amount on the problem of school segregation, which has persisted long after Brown v. Board of Education and was targeted in recent lawsuits in states from New Jersey to Minnesota. The estimate also came as teachers across the country have protested and gone on strike to demand more funding for public schools.

“You can tell these dollars make a difference,” said Rebecca Sibilia, the chief executive of EdBuild, a nonpartisan organization focused on improving the way states fund public education.

“Walk into a rural nonwhite community,” she said. “Walk into an urban nonwhite school district. You can see what that means in terms of how much that has added up over time.”

The report took aim at school district borders, which it said can chop up communities and wall off wealthier districts to fund their schools with local property tax revenue, while poorer districts are unable to generate the same revenue.

“Because schools rely heavily on local taxes, drawing borders around small, wealthy communities benefits the few at the detriment of the many,” the report said.

The report, which looked at state and local funding for school districts in the 2015-16 school year, found that more than half of the nation’s schoolchildren are in racially concentrated districts, where over 75 percent of students are either white or nonwhite.

On average, nonwhite districts received about $2,200 less per student than districts that were predominantly white, according to the report.

School districts are generally funded locally, but states are supposed to “fill in the gaps” so communities are evenly funded despite wealth disparities, Ms. Sibilia said. The report showed that in many states, “they are not keeping up with their own obligation,” she said.