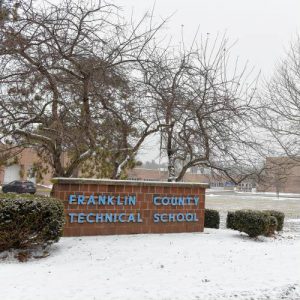 The College Board also recognized FCTS for a diverse student population and its overall participation of students taking the AP exams. Eighteen schools in Massachusetts were named to the honor roll, which consisted of more than 370 school districts across the United States and Canada.

Superintendent Richard J. Martin explained AP students take special exams, and anyone who scores a 3 or higher is eligible to receive credits in that subject at a local or state college or university.

“That’s really what the AP program is all about,” he said. “It is encouraging that our Advanced Placement program has received state and national recognition for the progress that we have made in a short period of time.”

Martin, in his fourth year as superintendent, said all AP testing across the state is conducted at the same time. He said even students who do not score 3 or higher are still enriched by the valuable curriculum.

He said he credits Maloney, who represents Greenfield on the Franklin County Technical School Committee, with introducing the concept to the school. Martin said Maloney pitched the idea about seven years ago, when Martin was FCTS principal. The AP programs were developed five years ago.

According to The College Board, national data from 2018 shows approximately 50 percent of underrepresented students with a high degree of readiness for AP are participating in the program.