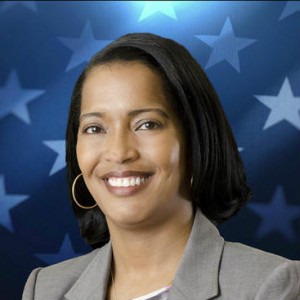 Jahana Hayes, the 2016 National Teacher of the Year, has won her race for a U.S. House seat, representing Connecticut’s 5th district.

A former high school history teacher and current district administrator, Hayes, a Democrat, will be the first black woman from the state to serve in Congress.

In her victory speech Tuesday night in Waterbury, Conn., Hayes noted the historic nature of her bid for office. “Yesterday marked 50 years since Shirley Chisholm was elected as the first African-American woman to go to Congress,” she said. “Today we made history. This history teacher is making history.”

Hayes defeated Republican Manny Santos, a Marine veteran and immigrant from Portugal, for the open seat. Santos is a former one-term mayor of Meriden, Conn., and a supporter of President Donald Trump.

During an election cycle in which more than 170 current teachers ran for office—about 100 of them making it past their primaries—Hayes put education at the forefront of her campaign. Her platform called for more resources, support, and training for teachers, as well as increasing career-readiness training for students and making college more affordable.

Hayes said her win demonstrated that voters “believe that we have to protect the future that we promise for our kids.” As a 15-year veteran teacher and administrator in the Waterbury, Conn., public schools, Hayes’ work with students has informed her views on education policy.