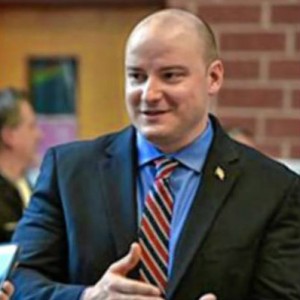 HATFIELD – Andrew Berrios is leaving his position as principal of Smith Academy for a job as a middle school principal in Connecticut.

“There’s nothing negative to say about here and why I’m leaving,” Berrios said of the decision. “It’s strictly for growth.”

With over a thousand students, John F. Kennedy Middle School in Enfield, Connecticut is much larger than Smith Academy, whose enrollment is less than 200 students. Though Berrios said a small school had benefits – such as getting to know all the students – he said the new position fits with his long-term goals.

“I’d like to work in a larger district and eventually one day look to a central office position,” he said.

In fact, last spring Berrios was a finalist for superintendent of Easthampton Public Schools. He and Allison LeClair were the final two candidates, and in April, the school committee chose LeClair in a close vote for the position.

Leaving in the year, Berrios admits, is disruptive, “The timing is not ideal, but that’s out of my control,” he said.

“When I got the call,” he said of when he got his new job, “that’s obviously my thought, ‘ah middle of the school year.’ I really took some time to think about it.”