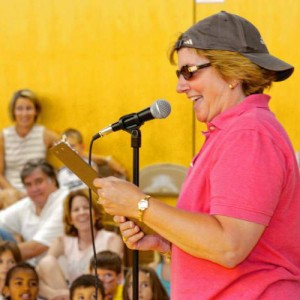 NORTHFIELD — Gail Healy will be leaving her job as assistant superintendent of Pioneer Valley Regional School District on Sept. 7, ending a 39-year education career in Franklin County that she described as “morally, ethically and, I think, educationally pretty successful.”

Healy has been assistant superintendent for Pioneer since 2008. Her longest tenure, however, was as principal of Four Corners Elementary School in Greenfield from 1994 until the school closed in 2008.

“It was an unbelievably amazing experience,” Healy said of her time at Four Corners. “People aren’t able to say this often, but within that time period what happened is, between retirements, people transferring or getting other jobs, I hired an entire faculty of teachers and paraprofessionals to work with students. As that team grew, we all had the same philosophy and fundamental knowledge of teaching. We had high expectations for ourselves. We worked as a team and we created a school that was certainly renowned by the state.”

Four Corners was literally a model school for the “responsive classroom,” a teaching style based on teachers and administrators demonstrating responsibility and social engagement for the students to imitate, she said. Under Healy’s leadership, Four Corners regularly played host to visiting teachers from other districts and states to observe the staff’s expertise.

“I still run into people (former students) who comment on the experiences they had at Four Corners and on how much they learned,” Healy said. “Because as I get older, they get older, too.”

Four Corners was also one of three training sites in western Massachusetts for “Reading Recovery,” an intensive one-on-one remedial program for first-graders who had difficulty reading. After 26 weeks of the program, the student would be at a normal level for his or her class. The goal of the program was that its students would be self-sustaining and would require no future intervention, she said. Four Corners’ program was so successful that Healy was invited to speak at a national conference with Reading Recovery founder Irene Fountas.

“That was a highlight,” Healy said. “You don’t get to do that very often in education.”