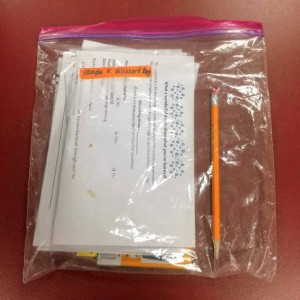 A Blizzard Bag is a packet of school work sent home with students before a snow day so there is minimal lapse in learning when weather interferes with a school day. There have been three snow days for the Orange Elementary School District this year, though no Blizzard Bags had been approved. Superintendent Tari Thomas said Wednesday night the decision was made to cancel school on Thursday based on the forecast. Thomas said Thursday would be a general snow day for students, though four days of Blizzard Bags are now available, at her discretion, going forward.

Thomas praised the success of Blizzard Bags in a pilot program last year, though School Committee members Amy White and Robert Haigh questioned the effectiveness. White and Haigh said they are not opposed to the idea of Blizzard Bags, but don’t want to be hasty in assuming a day of Blizzard Bag work is the same as a normal school day.