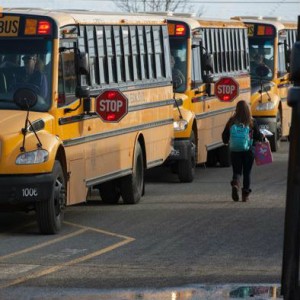 TURNERS FALLS — The Gill-Montague Regional School Committee gave tentative approval to a set of grant proposals that would allow the district — along with the Pioneer Valley Regional School District and the Franklin County Technical School — to study the possibility of shared services and regionalization.

The grants, which are offered by the state’s Department of Revenue, would give the districts up to $200,000 for the study of regionalization or efficiencies of school districts.

The Gill-Montague School Committee formally authorized and voted on the possible grant applications, ranking its three preferred scenarios on Tuesday night. Franklin County Tech School then gave early approval to the broad idea of a regionalization study grant on Wednesday night, but did not vote or discuss any possible scenarios. The school’s aim is to have a broad grant application and let the consultants who would conduct the feasibility study determine any possible scenarios.

The Pioneer district’s committee is set to discuss the issue tonight.

District Superintendent Michael Sullivan has laid out three scenarios for the board to discuss after he had met with the Franklin Tech Superintendent and representatives from the Pioneer district.

Both school committees made mention of the idea that it’s important to be proactive about the situation, considering state government in Boston favors the idea of regionalization of the smaller districts in the western part of the state.