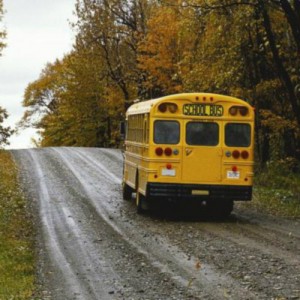 Select committee members, finance committee members, members of school committees and superintendents of schools from multiple Franklin, Berkshire, and Hampshire county communities, as well as superintendents from rural areas in eastern MA, gathered together at 6:30 pm on Tuesday, at the Mohawk Trail Regional High school. Senator Adam Hinds, who represents communities in Berkshire, Franklin, Hampshire and Hampden counties, attended the meeting as well.

The topic was the current financial crisis that faces not only rural schools, but rural communities as well. Superintendent Michael Buoniconti led the meeting with a presentation developed by the Rural Schools Coalition, making an appeal for towns, municipalities, and school districts to identify ways to work together on strategies to address the problem. Buoniconti began by introducing the Massachusetts Rural Schools Coalition to audience members. He is the Coalition’s current appointed Chair, and reported to the group that efforts to invite area school committees to formally vote to join the Coalition and endorse its legislative agenda have been extremely successful. To date, sixteen school committees have signed on to the Coalition and its work.

A shout-out from all of the communities represented underscored a key point: that between 45% to as much as 60% of each rural town’s budget is devoted to schools; and those budgets are in jeopardy. As enrollments decline and expenses rise, towns and schools suffer the increasing squeeze of flat Chapter 70 funding from the state for education. Over the past fifteen years, these rural districts have seen enrollment reductions of as much as 40%, while expenses for facilities and staff continue to rise.

Buoniconti called for representatives of towns to provide their own perspectives and feedback on the question, and to identify first steps that may be taken to create joint legislative agendas and pilot partnerships to share areas of expense. Among the suggested areas for exploration by the group were technology services, transportation, business office functions, lack of broadband in rural towns, and food service. The Rural Schools Coalition plans to formalize their organizational structure, raise seed funding for projects and research, and launch one or more pilot initiatives as next steps. They are looking to CES to help with these types of collaborative projects. They eventually hope to pursue a project, with the University of Massachusetts, to establish a Rural Education Research Center to identify rural best practices.

Follow up meetings and discussions will be scheduled, but there are already upcoming events on tap to bring these issues to legislative forums during the month of March, including the March 28th Roundtable Conversation on Rural Challenges and Opportunities for the Commonwealth, which will be hosted from 9:00-10:00 at Conway Town Hall by Senator Hinds as part of the Massachusetts Senate’s Commonwealth Conversations day in western Massachusetts. In addition, there will be a “Town Hall Forum” from 6:15-8:15 pm at the University of Massachusetts

An article about the meeting was published in The Recorder and can be found here.