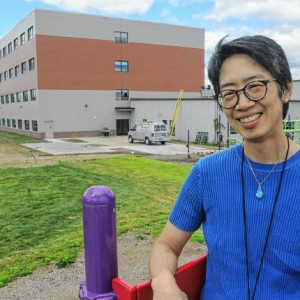 HADLEY, MA — After hearing testimony that the Pioneer Valley Chinese Immersion Charter School is draining resources from local school districts and not educating a sufficiently diverse student body, the state’s Board of Elementary and Secondary Education on Monday turned down a proposed expansion to nearly double its enrollment.

In a voice vote about four hours into its meeting in Malden, the board denied a 452-student enrollment increase at the charter school recommended by Mitchell D. Chester, the commissioner of elementary and secondary education. Chester called the decade-old school an “exemplar” of what the charter-school movement is about.

But Michael Morris, acting superintendent for the Amherst-Pelham Regional School District, told the board that adding students would be transferring funds from schools where underserved students are educated to one attended by more privileged children. Amherst, Morris said, is already sending $2.24 million from the school and town budgets to the charter school.

Morris also presented statistics showing that the demographics indicate the charter school is not meeting its mission, with PVCICS having fewer low-income students and English language learners than Amherst schools, and special education children often returning to Amherst after being enrolled in the Hadley school.

Barbara Madeloni, president of the Massachusetts Teachers Association, spoke at the beginning of the meeting, observing that the communities PVCICS serves overwhelmingly voted against the ballot question in November that would have lifted the statewide cap on charter schools.