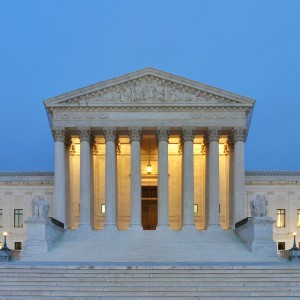 When the U.S. Supreme Court made its first substantive interpretation in 1982 of the main federal special education law, it was careful to say that courts should not impose their own view of education adequacy upon states and districts for children covered by the law.
In that case, Board of Education of the Hendrick Hudson Central School District v. Rowley, the court created a definition of a “free, appropriate public education” in the special education arena that has stood for decades. Under the definition, special education must confer “some educational benefit.”

But in a case set to be argued Jan. 11, the court is weighing in on what “some” should mean. The question at hand: What level of educational benefit must school districts provide to students with disabilities in order for them to receive that free, appropriate public education under the Individuals with Disabilities Education Act?

At the center of the latest case, Endrew F. v. Douglas County School Board, (Case No. 15-827), is a 17-year-old Colorado student with autism, called “Drew” in court briefs. His parents contend that the individualized education program created for him by the Douglas County district did not offer him an educational benefit. The 66,000-student school district argued—and several courts agreed—that the district’s educational program was appropriate.

But the U.S. Court of Appeals for the 10th Circuit, in Denver, added another element to the debate when it rendered its verdict in August 2015. The appeals court said that the school district was responsible only for offering “some educational benefit,” using the terminology from Rowley, and went on to define that as “merely more than de minimis,” or trivial. “It just seemed so preposterous. How could having a child achieve so little be sufficient? It just doesn’t make sense,” said Drew’s mother, Jennifer, in an email interview in advance of the Jan. 11 argument. The parents in this case have asked to remain anonymous to protect their privacy.