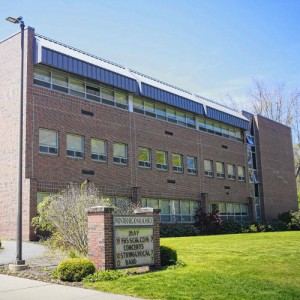 SOUTH DEERFIELD, MA — It’s that time of year again, when leaves begin to change color, pumpkins replace sunflowers and kids pack up their pencils and head back to school.

At Frontier Regional High School, each year’s routine is familiar, but not always the same. This year, students will have a better opportunity for technological immersion.

The doors to the school opened Wednesday for the 2016-2017 school year for the first time.

Last year, the school offered a total of 11 advanced placement courses. According to a news release from Pincipal Darius Modestow, 122 students took final exams for those courses.

“81 percent of our students scored three or higher on the exam,” Modestow said in the statement, “which will qualify them for credit at many colleges in the United States.”

This year, there will be 12 advanced placement courses offered — the school is adding a computer science course.

During those new computer science courses, students will now be able to access the internet anywhere in the school. The release announced that there is now 100-percent Wi-Fi classroom coverage.

In addition to the advanced placement courses, the school will also for the first time offer street law, the history of rock ’n’ roll and world percussion.