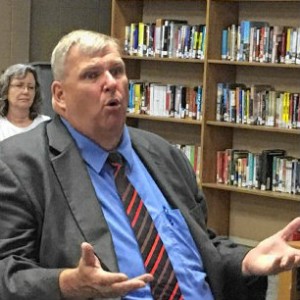 NORTHAMPTON, MA — The Smith Vocational and Agricultural High School board of trustees voted 3-1 Wednesday to offer Kevin C. Farr the job of interim superintendent for the coming school year.

Farr, a longtime technical school educator, was one of two finalists interviewed by the trustees. Also a candidate was James M. Laverty, former superintendent of Franklin County Regional Vocational Technical School in Turners Falls. The meeting was attended by nine people.

The interim superintendent will serve for one year. Later this year, the board will launch a full search to hire a permanent superintendent, Cahillane said.

According to Cahillane, the trustees received 22 applications for the interim position after posting it on job-search website SchoolSpring.com in June.