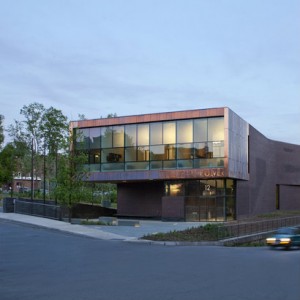 The Rural Policy commission met at the Olver Transportation Center in Greenfield.

GREENFIELD, MA — A newly formed state Rural Policy Commission set to work Friday at an organizational meeting that sets to make its top priority the 167 rural communities of the nation’s third most densely populated state.

Fifteen members of the new 17-member panel turned out for a two-hour session that set up four work groups to chart state policy on economic development, housing, infrastructure and services as well as key human-dimension issues like workforce, declining population and schools in communities with fewer than 500 residents per square mile.

The commission, 12 of whose members were appointed by the governor, grew out of a study related to issues found in rural communities, where 829,000 residents — 12.5 percent of the state’s population — live. Among those are an aging population, job losses and the need for better infrastructure like water and sewer to foster economic development.

“Many of the state’s policies didn’t recognize some of the unique challenges in rural communities,” Partnership Senior Adviser Rita Farrell told the new commission at the John W. Olver Transit Center.

Among the issues outlined as part of the study were greater population growth between 2000 and 2015 — 6.3 percent, compared to 4.9 statewide growth overall, a population that’s aging more quickly that the state as a whole, with more stagnant incomes in part. That’s because it is more dependent on “local service” industries like retail and tourism than on “professional services.”

With rural communities in nearly all of the state’s 14 counties, including Martha’s Vineyard, Nantucket and Cape Cod, it was noted that many of the 167 designated communities have “divergent economies” and needs.