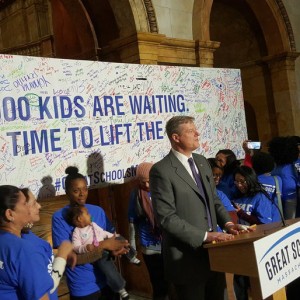 Baker wants to give district schools an extra $20.5 million next year through the charter school reimbursement formula, for a total of $101 million, with most of the extra money going to poorly performing school districts that have large numbers of charter school students. But the formula would give most districts less money in future years than they are entitled to under the current law.