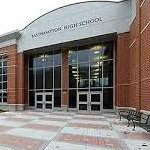 EASTHAMPTON, MA – Superintendent Nancy Follansbee has appointed four interim administrators for the city’s schools, including an interim principal for the high school.

Easthampton High School assistant principal Kevin Burke will serve as interim principal in the fall. He replaces Vito Perrone, who left the position at the end of the school year to become principal of West Springfield High School.

Attempts to reach Burke and Welson on Thursday were unsuccessful.