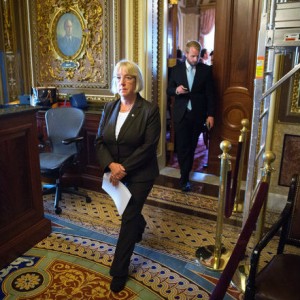 WASHINGTON, DC — Congress on Wednesday moved to substantially scale back the federal government’s role in education, particularly the use of high-stakes standardized testing to punish schools, in the first significant proposed revisions since the No Child Left Behind law was passed 14 years ago.

While there is near-universal agreement that the law should be retooled, the paths to change are starkly different.

The House on Wednesday passed its version, a measure laden with conservative prescriptions that congressional Democrats and President Obama opposed. The Senate began debate on its alternative, a bill with at least some bipartisan support, but one the White House still finds wanting.