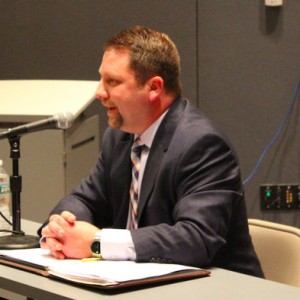 WEST SPRINGFIELD, MA – The School Committee has chosen Michael J. Richard as the next superintendent of schools following a months-long search.

On Thursday, Richard was interviewed for the permanent job and a vote was held shortly thereafter. The tally was 4-3. At the high school’s mini theater, he answered the same questions posed to Willard on Monday and Dias on Tuesday.

Richard will officially replace Russell Johnston. He left last summer to take a job with the state education department.

The vote was taken twice. The first outcome was 4-3, then Chairman Mayor Edward C. Sullivan asked it to be taken again so it could be unanimous.

Richard earned high praise from his supporters on the School Committee, who lauded his commitment to the district, his ability to work well with others and his stewardship of important projects like the construction of the new high school.

Continue Reading at The Republican