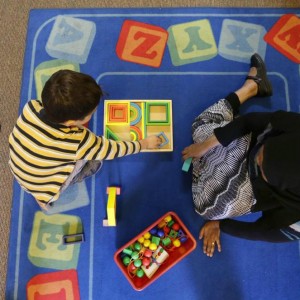 Washington D.C. – Today the White House announced $1 billion in funding in government, public and private support for early childhood education programs, including $750 million in federal investments for preschool development grants and an expansion of the Early Head Start program.

The announcements come as part of the White House’s summit on early learning taking place in Washington today which also includes the launch of a public awareness campaign dubbed “Invest in Us” and spearheaded by the First Five Years Fund.

To learn more about the Summit and today’s announcements about Early Education, use the following links:

From the White House:

Last year, President Obama called upon Congress to expand access to high-quality preschool for every child in America, proposing investments that would support a continuum of early learning opportunity from birth through kindergarten entry.  In January, he challenged more Americans – elected officials, business leaders, philanthropists, and the public – to help more children access the early education they need to succeed in school and in life.  Over the course of the past year, significant progress has been made, and bipartisan cooperation has led to a substantial increase in federal investment in early education.

If you want an idea of how out of sync Congress is with what’s happening outside the Beltway, Education Secretary Arne Duncan suggests early childhood education is a good place to look.

Across the country, Republican and Democratic governors are embracing the need to invest in early education, Duncan said. Thirty-six states applied 18 grants totaling $226 million to improve and expand high quality pre-school programs in high need communities. The states that won were red and blue.

What this means for Massachusetts

Coverage from the Boston Globe: Mass. receives $15m US grant to increase access to preschool

Massachusetts will receive $15 million from the US Department of Education to expand access to preschool to about 750 4-year-olds in five communities across the state, officials announced Wednesday.

The funding comes as part of the federal Preschool Development Grant program, which will use $250 million to enroll 33,000 children in high-needs communities in preschool programs nationwide.

The grant will be devoted expanding preschool programs in Boston, Holyoke, Lawrence, Lowell, and Springfield, according to a statement from Governor Deval Patrick.The program is one of the federal early education initiatives announced during the White House Summit on Early Childhood Education. An additional $500 million from the US Department of Health and Human Services will be dedicated to Early Head Start child-care programs.