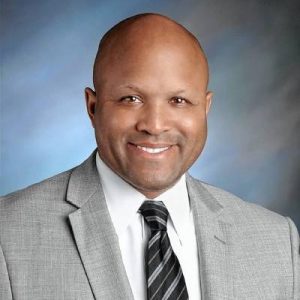 “Dr. Jahmal Mosley is one of the most impressive people I have ever interviewed,” said School Committee Chair Kyle Belanger.

Mosley was one of three finalists considered for the position, the other two of which were Diana Bonneville, the district’s interim superintendent; and Carole Learned-Miller, chief of staff for the New York City-based Leadership Academy. They were selected from a pool of 14 applicants.

“We asked for rock stars a year ago, and we got them,” Belanger said.

While all three applicants garnered praise, Mosley’s knowledge of school district finances, his vision and his willingness to engage with others were all cited in his favor.

“He is a peacemaker. He is a unifier,” said School Committee member Allison Schlachter.

In Friday night’s discussion, Belanger advocated strongly for the candidacy of Bonneville, praising her performance as interim superintendent.

“Diana was put in what I would consider a no-win situation,” he said. “And she won.”

He also described her as a “homegrown rock star.”

Bonneville was the principal of South Hadley High School before taking on the role of interim superintendent following the departure of Superintendent Nicholas Young last year.

Still, while Bonneville was praised across the committee, it soon became clear that Mosley was the choice of the majority.

“Dr. Mosley spoke to the long-term challenges we have,” said School Committee member Christine Phillips, “and the solutions he would bring.”

And in the end, Belanger voted for Mosley.

“Dr. Mosley deserves to know that he came in with full support,” Belanger said before the vote.

Mosely was extended the job offer via a phone call from Belanger shortly after the motion to offer him the position was approved by the full committee.

“I would say he was thrilled and excited,” Belanger said afterward of Mosley’s reaction.