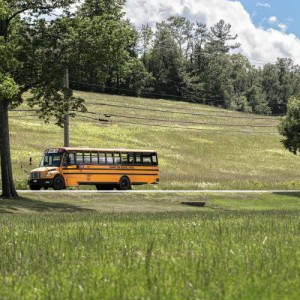 Rep. Natalie Blais wanted to better understand what children endure to get to and from school each day, so she did what seemed most logical — she got on a bus with them.

The 1st Franklin District Democrat from Sunderland recently rode from Chesterfield to Hampshire Regional High School to raise awareness about the amount of time children in regional schools across her district are spending on school buses.

She said she also wanted to make a statement about the importance of school transportation reimbursement.

“The idea for this trip originated at a meeting with area superintendents and principals about the financial challenges facing area schools,” Blais said. “In fiscal year 2018, regional transportation for Mohawk (Regional School District) was underfunded by $290,727.”

Blais said that’s an issue that needs to be dealt with by the state. She said as the state pushed for the regionalization of schools, it made a promise to reimburse transportation at 100 percent.

“That is a promise that must be kept,” Blais said.

But it hasn’t been kept — it is reimbursing schools at a rate of 75 percent or less, leaving them to fund the rest, like Mohawk.

The state currently has 58 academic regional school districts, including five in Franklin County — Mahar in Orange, Frontier in South Deerfield, Mohawk in Shelburne, Pioneer in Northfield and Gill-Montague in Turners Falls.

Blais said the recently passed House budget and proposed Senate budget both increase the rate of reimbursement to 80 percent.

Costs associated with transportation in a regional school district represent a significant portion of its budget because of the geographical footprint associated with bus routes across numerous communities, often with low population densities, Blais said.