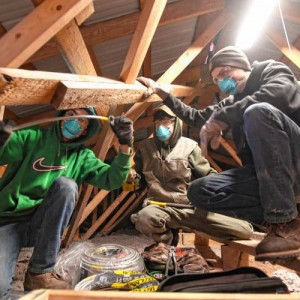 BOSTON – Lawmakers, a former top Baker administration and city manager, and a one-time lieutenant governor joined advocates Monday to call for an increase in funding for vocational-technical education and passage of a bill to expand access to those programs.

The Alliance for Vocational Technical Education said that 20 percent of Massachusetts high school students are enrolled in a career and technical education (CTE) program, but that 3,200 students across the state are on waiting lists to get into such programs, which focus on career training.

Massachusetts Competitive Partnership CEO Jay Ash said the business leaders he talks to “all have the same thing to say” when he asks them about the future of their business and the state’s economy.

“It’s not about taxes, it’s not about regulations. It’s about workforce,” said Ash, the former state economic development secretary. “We are in a great period of time here in the commonwealth where we have more people working than ever before … and yet employers large and small throughout the commonwealth are saying the same thing: ‘We need more employees, we need more trained employees, we need more of the natural resource that is Massachusetts to fuel our business and support the economy as it continues to expand.’”

The alliance — which is made up of business groups, educational organizations, and civic groups — is pressing for increased Chapter 70 and Chapter 74 local aid for schools with CTE programs, and for the passage of HD 3279, a bill which the alliance said would support the expansion of CTE programs and direct the Department of Elementary and Secondary Education to appoint a deputy commissioner for CTE.

“The goals align,” Ash said. “Businesses, desperate for employees, and students and parents who see vocational education as a way of moving themselves into higher-earning, better quality jobs that are as exciting as any around the commonwealth.”