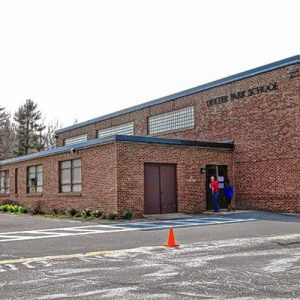 ORANGE — It’s not just rural schools feeling left behind by the 25-year-old formula for state aid, it’s schools with a high number of special education students too.

Unfortunately, Orange’s elementary schools are both, and the special education issue is costing Orange taxpayers about $3.5 million a year, town officials calculate.

The town Finance Committee is in the process of putting together its proposal for the next budget year, which starts July 1. As always, education will take up a large portion of the town’s budget. This year it’s 55 percent of the $20,103,315 grand total — but there’s concerns the state’s Chapter 70 formula for school aid, established with the 1993 Education Reform Act, is falling short of adequately funding schools in Orange, causing a ripple effect that makes it difficult to finance other departments in town.

Consequently, the Finance Committee is sending Gov. Charlie Baker two letters. First, its asking for the Chapter 70 formula to be updated to take into account struggles faced by rural schools, like busing costs higher than their urban counterparts. This letter is nearly identical to one sent by the Orange, New Salem and Wendell selectboards. Another letter addresses an issue more specific to Orange, and that’s special education.

“They’re using the wrong number of students, and this is especially harmful to districts like ours with a disproportionate percentage of special ed students,” Reinig said.

Special education students typically cost a district much more than other students, so that state aid in this area is especially important.

The Chapter 70 formula calculates, or “assumes,” Orange has 22 in-district special education students out of its total 613 elementary school students. In reality, Orange has 159 such students, creating a roughly $3.5 million gap between what the state thinks Orange needs to fund special education, and what it actually needs, Reinig said. This gap gets covered by Orange’s Chapter 70 funds — this year around $5,259,000 — but it’s money that could be spent elsewhere.