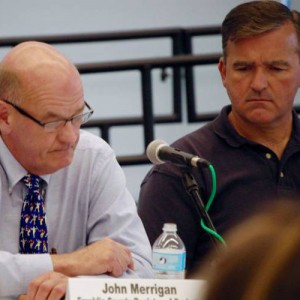 GREENFIELD — Six communities across the country received word this week from the Department of Justice that they will receive money to further study the causes and effects of the opioid crisis among young adults.

One of the six: a western Mass. collective spearheaded by the Opioid Task Force of Franklin County and the North Quabbin, which will receive $1 million over the next three years to collect data about people ages 16 to 24 struggling with opioid addiction.

The intention is to both help young adults who are using substances and to try to find the most effective evidence-based ways to prevent addiction in the first place.

The program brings together Franklin, Hampshire, Hampden and Berkshire counties, and will be named the Young Adult Empowerment Collaborative of Western Massachusetts. It will be under the direction of Debra McLaughlin of the Opioid Task Force and the Franklin County Sheriff’s Office — which have been at the forefront of efforts in the state at tackling the opioid epidemic.

“As stewards of the next generation, how can we work with our allies and partners to really cultivate the leaders of tomorrow so that they feel they have vitality and that they belong here?” said McLaughlin, the coordinator of the task force and lead grant writer.

Over the three years of the million-dollar grant, McLaughlin said, the partners up and down the Pioneer Valley will work to find ways to make sure young adults are successful on their path to recovery.

It’s still early to define how success of the grant will be measured, but McLaughlin offered that if there are increases in educational and training opportunities for young adults, along with increased participation in their community, then it will be seen positively.

She mentioned a personal hope of hers would be continuing to work with local community colleges to make entry more accessible for people in recovery.

“What can we do that will make an enduring and lasting difference in their lives?” McLaughlin asked rhetorically.

Ideally, this initiative won’t disappear as the federal grant money potentially dries up, McLaughlin said. She is already looking at other funding opportunities.

The first year of the grant will be dedicated to planning and data collection, specifically with the direction of Youth Catalytics, the national nonprofit training and research organization focused on the needs of vulnerable young people and their families. McLaughlin stressed the role of Youth Catalytics, which was the group that initially alerted her to apply for the grant, because of its ability to help bring young voices to the table to shape the conversation of what works and what doesn’t.

There are 18 groups that make up the list of who unites to form the Young Adult Empowerment Collaborative of Western Massachusetts. Around here this includes: Franklin County Sheriff’s Office, the Opioid Task Force of Franklin County and the North Quabbin Region, Franklin Regional Council of Governments, Communities That Care Coalition, North Quabbin Community Coalition, Hampshire HOPE and SPIFFY Coalition.

“We desperately need data-driven strategies to help break the cycle of opioid and other substance misuses,” Franklin County Sheriff and co-chair of the Opioid Task Force Christopher Donelan said in a press release sent out by the Task Force announcing the grant.