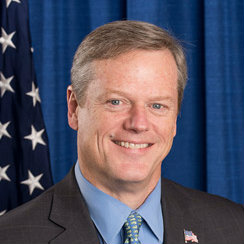 BOSTON –  Governor Charlie Baker today signed An Act Implementing the Joint Recommendations of the Massachusetts Criminal Justice Review and An Act Relative to Criminal Justice Reform. After careful review of the comprehensive legislation and initial discussions with the Legislature, the Baker-Polito Administration will also file a separate bill today, An Act Building on Criminal Justice Reform, to modify certain provisions.

“These bills are a product of many years of hard work, collaboration and compromise by everyone involved — and by and large will make for a better criminal justice system,” said Governor Charlie Baker.

“We are pleased to sign a number of important reforms to the criminal justice system today, including a long overdue ‘fentanyl fix’ to allow law enforcement to go after fentanyl traffickers, expanded protections against witness intimidation and increased penalties for repeat OUI offenders and corporate manslaughter, and a new mandatory minimum for assault and battery on a police officer causing serious injury. As this process continues, we look forward to future progress with the Legislature on this bill and others to best serve our Commonwealth,” said Gov. Baker.

“The two pieces of legislation signed today represent bipartisan work to find common ground and reform outdated elements of our criminal justice system,” said Lieutenant Governor Karyn Polito. “Commonsense reforms like expanded protections for witnesses and their families and stiffened penalties for repeat OUI offenders will make our communities safer, while workforce skills training opportunities for certain prisoners will help offenders transition to be more productive once they leave jail.”

The Criminal Justice Legislation signed into law today represents a bipartisan effort to address modifications to the criminal justice system, including important updates that will empower police officers to crack down on the opioid crisis by holding fentanyl and carfentanil traffickers more accountable.