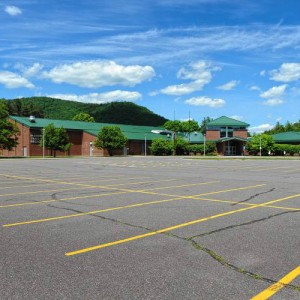 BUCKLAND — Hoping to boost state money to rural school districts by about $9.5 million, educators at the Massachusetts Rural Schools Coalition voted unanimously Wednesday to back a proposal for aid in the coming budget.

They also directed Coalition Chairman Michael Buoniconti to work with state Sen. Stan Rosenberg to put the school aid request before the Legislature in the current session.

If the coalition’s draft plan were approved as is, 71 rural school districts would stand to gain between $100- to $300-per-student more state aid, to compensate for the higher cost of doing business with fewer students per grade but with a full complement of teachers meeting state certification requirements.

“They could fix us with such cheap money,” said Quabbin Regional School District Superintendent Maureen Marshall. “$9 million is chump change, when you’re talking $9 million out of a multi-billion dollar (state) budget.”

Buoniconti, the Mohawk Trail Regional School District superintendent, created the criteria under which districts would qualify for different levels of rural aid. For instance, Tier 1 rural schools, with fewer than 10 students per mile, would receive the most aid, of $300 per student. Among the local school districts, those to benefit the most in new rural aid dollars would include: the Franklin County Technical School ($146,400), Frontier ($183,300), Mohawk Trail ($289,500), Pioneer Valley ($260,100) and Ralph C. Mahar ($225,600).