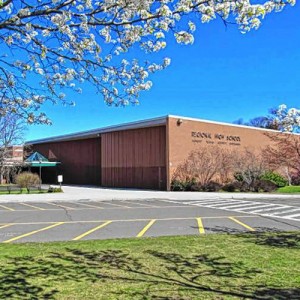 AMHERST — The four towns that make up the Amherst-Pelham Regional School District may be nearing a new agreement for calculating how they will pay their share of the costs for educating students at the middle and high schools beginning July 1, 2018.

The latest assessment methodology, which was recommended by the Amherst Selectboard last week, will include a factor for how wealthy each community is and how many students they are sending to the district’s schools based on 5-year averages.

Representatives from the select boards and finance committees in Amherst, Pelham, Leverett and Shutesbury will meet at the middle school library at 9 a.m. Saturday in an attempt to come to an agreement on the funding formula that will be used.

Sean Mangano, business manager for the regional schools, told the Amherst Selectboard that this plan, which is dubbed S10, seems to be the most viable. Mangano said it is a compromise for the four towns as it is not the best method for any community, and it stays within budget guidelines set by Amherst, where the tax increase can’t exceed 2½ percent.

In addition to Amherst, Mangano said Pelham and Shutesbury officials seem amenable to the formula, which starts with the minimum required district contribution calculated by the state, with the excess contribution divided evenly between the median aggregate income for each town.