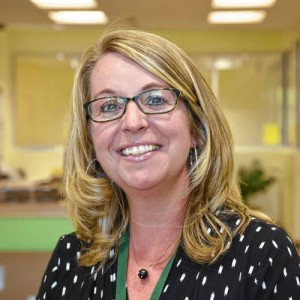 GREENFIELD — As she left college, Karin Patenaude wondered what to do with an English degree.

She would try the field of law, working as a paralegal. Unfulfilled, she went back to school to get a degree so that she could become a teacher.

Teaching high school English in Palmer, she developed a passion for the profession. American literature was her strong suit and books like F. Scott Fitzgerald’s “Great Gatsby” and Zora Neale Hurston’s “Their Eyes Were Watching God” were filled with lessons that students of any generation could apply to themselves.

While at Palmer, Patenaude met her husband, who was living in Northfield. She soon moved to Northfield with her husband, and made the hour-plus commute to Palmer every day. Eventually, Patenaude decided to look for a teaching job somewhere in Franklin County.

“Greenfield had an opening and thankfully, they gave me a chance,” Patenaude said while sitting in a principal’s office at Greenfield High School at the outset of the school year.

She can now call this office her own.

After nearly a full school year as “acting principal,” in place of longtime leader Donna Woodcock, who had taken a leave of absence, Patenade was hired for the permanent job by Superintendent Jordana Harper — and she’s not planning on making any other moves anytime soon. About three to five years ago, she convinced her husband to move from Northfield to Greenfield, where they now have a home.

An already widely popular principal — for whom teachers and faculty rallied for at a School Committee meeting last school year — Patenaude began the new school year in a fairly comfortable position doing a job she’s been eager to do for years.