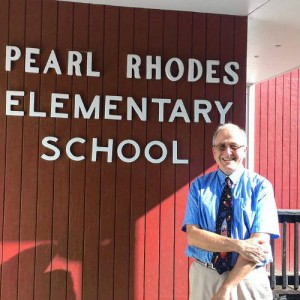 Clancy stepped in to replace former principal Deanna Leblanc, who announced last month she accepted another job and would not return for the 2017-2018 school year.

Pioneer Valley Regional School District Superintendent Ruth Miller suggested during the School Committee meeting she felt Leblanc found another job due to the discussion about potentially closing Pearl Rhodes — which currently has 33 students according to Administrative Assistant Carolyn Curtis. However, no decisions have been made regarding closure.

“It’s been conversation in the town of Leyden, and maybe Deanna was feeling nervous that the school would close while she was there,” Miller said. “She has a family and she felt like she needed to find another job. So it’s very short notice.”

Miller said because of discussion around potentially closing Pearl Rhodes, and because of the school’s close proximity to Bernardston Elementary (a 13-minute commute), she thought having Clancy work as principal for both seemed like the best decision.