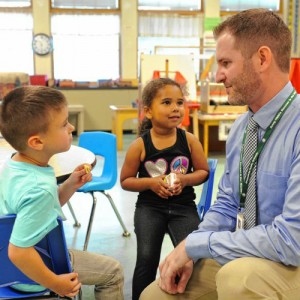 GREENFIELD. MA — Jake Toomey, the principal of the Academy of Early Learning and the school superintendent’s assistant for personnel in Greenfield, is no stranger to taking command.

Though his formal training was in art education, Toomey’s first pass at a leadership role came in the public transit sector.

Just after graduating from the University of Massachusetts Amherst, where he helped run the Pioneer Valley Transit Authority’s student-operated campus bus service, he took a job managing the regional transit authority’s Northampton garage.

At the same time, he was serving as a staff sergeant in the U.S. Army National Guard, where he said he received plenty of practice managing complicated systems, exercising everything from time management skills to navigating crisis situations.