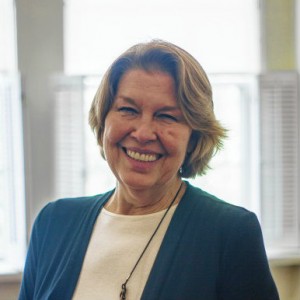 “She is going to be missed,” said Donna Lloyd, who works in accounts payable in the office. “She brings just a family, community presence. She has brought us in as an extended family to her.”

After serving for more than 20 years as an educator in the region, Barrett will retire at the end of the school year.

When she became superintendent, Barrett said she didn’t know what to do at first. She started walking through the halls, meeting people.

“I called it leadership by walking around. And I didn’t think it was revolutionary,” she says, “but it was. No (superintendent) ever walked around.”

During the course of her career, Barrett said she is most proud of pushing the arts in the district, especially at Frontier Regional during her tenure as principal.

“I’ve always felt strongly that everyone should take an intro to theater class,” she says.

Barrett’s legacy in the district spans generations. Her influence has affected students, faculty, parents, educators and people in the community from all different walks of life.